Sierra Nevada Brewing Company may be known all over the world for their many delicious varieties of beer, but they’re also one of the brightest jewels in Butte County’s crown. Founded in 1979 by Ken Grossman and his partner Paul Camusi as a garage-to-warehouse operation in Chico, they sold nearly 1,000 31-gallon barrels of beer in their first year. That number has grown to over one million barrels today, and you can now find their brews in every state in the US, as well as the UK, Europe, Australia, and even Asia. Yet despite international success, Butte County remains at the heart of the company. When Sierra Nevada thinks about innovation, it strives to be both progressive and forward-thinking while always staying close to home. To this crew of beer-loving entrepreneurs, innovation means loving where you are, being loyal to your biggest fans, and always honoring your roots.

A Deep Love of Community﻿

Chico is nestled near the feet of the Sierra Nevada mountains, and as an avid cyclist and outdoorsman, Ken hiked there on a regular basis. His love of the mountains was ultimately so strong that he decided to name his company in their honor, and it’s a love affair that continues to this day despite the company’s rapid growth, as evidenced not only by their many earth-friendly business practices, but by the gorgeous landscapes of Butte County that adorn many of their products. Ken and his family still own the company, and still live in the area. Butte County runs in their blood. When the Camp Fire devastated Paradise and its surrounding areas, Sierra Nevada was quick to offer sweatshirts and other necessities to those who lost their homes, in addition to creating the Butte Strong Fund with several partners, and starting a brewing project that would encompass scores of other brewers all donating 100% of its funds to the cause. Ken and his wife Katie have also long supported the Butte Humane Society, to which they donated 10 acres for the building of a new facility that broke ground in June.

And Sierra Nevada has good reason to love their community, because to hear Brand Manager Terence Sullivan tell it, it’s the community that gave the brewers the reach that they currently enjoy. Before the days of international renown, locals would travel and carry their favorite beer along with them, and road-tripping students from California State University, Chico would often bring brews to music festivals and social gatherings. Many long-time fans of the brand can attest to having first sampled it in a parking lot with friends at a concert, often a long way from Chico, and worldwide acclaim aside, Sierra Nevada remains a thoroughly local product that you can still find at farmer’s markets in town. They’ve focused on investing in huge expansions to their core facilities rather than relocating, and they even run both a primary Instagram account and an account just for Chico locals (and curious visitors) that announces events, showcases unique small-run beers, and tips off its followers when new stocks of their favorites are freshly brewed.

That strong community heart and soul means that when the brewery looks at innovation, it isn’t merely to expand production or create a new product, it’s a determination to find better ways of doing business. Their commitment to that principle has led them to create an entire innovation department that looks at the whole of their business from top to bottom.

To be sure, there have been interesting ideas around new products. Their Chico Fermentation Project looked above and beyond beer, and came up with the certified organic Strainge Beast Hard Kombucha—the first non-beer beverage ever made by the company, created through a partnership with Oregon State University’s Fermentation Science program and their bacterial cultures. But the department also looks at more mundane things, even down to their packaging, which has pushed the brewery complex into some pretty major changes, with the primary goal of making the brewery itself as self-sufficient as possible. Their solar array currently covers about 20% of the facility’s power needs, but that’s only the tip of the iceberg. Their Waste Stream Initiative helps them recycle cardboard, stretch wrap, and rubber gloves used in the lab and bottling line, keeping 99% of their waste out of landfills. They work with hop and grain growers to avoid pesticides and use salmon-safe practices. Carbon dioxide is recovered from the fermentation process and is reused in pressurizing tanks, much like the biogas generated by their anaerobic digester (which pre-treats their wastewater before it flows back into the municipal systems) which gets used as fuel in their boilers.

If that weren’t enough, the Chico Taproom, where visitors can grab a delicious meal to go with a fresh pint, features vegetables grown in Sierra Nevada’s very own certified organic garden and greenhouse. What they don’t grow themselves, they source so locally it often comes from within a 10-mile radius: Chico State’s University Farm supplies produce, Rancho Llano Seco supplies pork, and Mary’s Chickens supplies poultry. Vegans will also usually find a few options on the menu, including on the takeout menu currently available. Free charging stations for electric vehicles can also be found in the parking lot, open to public use, allowing environmentally conscious visitors making longer trips to recharge their cars while they get their own recharge from organic, gourmet food and a selection of Sierra Nevada’s nearly 30 varieties of beer.

Come for the Beer, Stay for a Tour

With this perennial focus on the local, Sierra Nevada has also looked near to hand when deciding how best to move forward with new products. They only went as far as a neighboring state in creating their hard kombucha, but they’ve also crafted new beer using produce from Butte County partners, including the Baltic Joy porter which uses local almonds from Maisie Jane’s, and the Sierra Oro Farm Trail Harvest Baltic Porter, which uses almonds, local Lundberg Family Farms rice, barley from Sierra Nevada’s own fields, and some of the extremely popular peaches from Chico State’s University Farm.

But not every beer can be had nationally. The biggest fans will want to come to the taproom to experience beers that don’t normally get a wider release, which include local-themed favorites like the Pale Bock and the Wildflower IPA, and will sometimes feature archived beers brought back from Sierra Nevada’s long back catalog of past brews, where you might get lucky and find an old treasure like the Chico IPA.

The brewery is working hard to improve their small canning line to allow for more of these special brews to be available in their local shop and via their online store, and they’re pushing toward a goal of monthly small-batch releases by early 2021, and potentially even bi-monthly small-batch releases by the middle of the year. This will include experimental beers and returning favorites long relegated to the archives.

Whether you're interested in the tastings or the tours, find innovation on tap at Sierra Nevada Brewery.

Like what you're reading?
Get our latest stories as they're published by subscribing to our newsletter.
Sign up for our newsletter to keep up with local events and travel ideas!
Food & Drink Breweries Culture Tours
Read next
Share Tweet E-mail 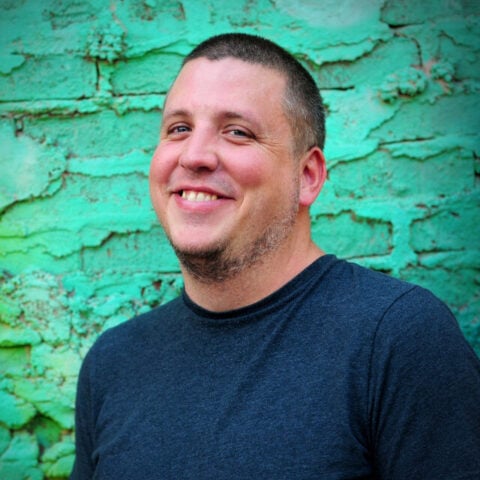 Michael J. Riser is a working writer and editor from California who lives with his wife, a rescued pit bull, and a mischievous Halloween cat. He is a gaming features editor at Screen Rant whose work has formerly appeared at IGN, Popoptiq, and Goombastomp.com, in addition to journals and anthologies like Solarcide, Pantheon Magazine, and Coffin Bell.

Published on April 14, 2021
Explore Butte County supports local authors and travel writers. If you would like to submit a guest article, please contact us.
Recent Stories

6 Fun November Things to Do in Butte County
From outdoor adventures to holiday celebrations to uniquely Butte County events, these are some of…

8 October Events in Butte County
In Butte County, agricultural influences and a slew of events adds to the autumn in…

Center For The Arts

Entertaining Education at the Valene L. Smith of Anthropology